How to make a Splash Screen in CSharp

The tutorial aims to cover the process of coming up with a Splash Screen making use of C#.

Lot many times an application is required to do many time consuming operations at start-up. Sometimes you need to read data from a database, sometimes you may need to retrieve some data from a web service. When this happens, it's often useful to display a "Splash Screen" to the user, with a company logo or something, along with a progress bar to indicate how much longer it will take for the app to load. While it may sound simple at first, it can be a bit tricky; if you simply show a screen, and do your time consuming operations, your UI will hang and your progress bar will never update. Therefore, there's some threading involve, so we will demonstrate a simple example here.

Start off by creating a simple Windows Forms project. Once it's loaded, add another window for and call it "SplashScreen". To get the look and feel right, let's set some properties:

Now, in the properties window, find the BackgroundImage property and click the little elipsis {...} and select a picture from your hard drive. The BackgroundImageLayout property is changed to None but you can do whatever you want. Then, add a progress bar to the bottom of the form, and set the Dock property to Bottom. Here's what our splash screen looks like in the designer: 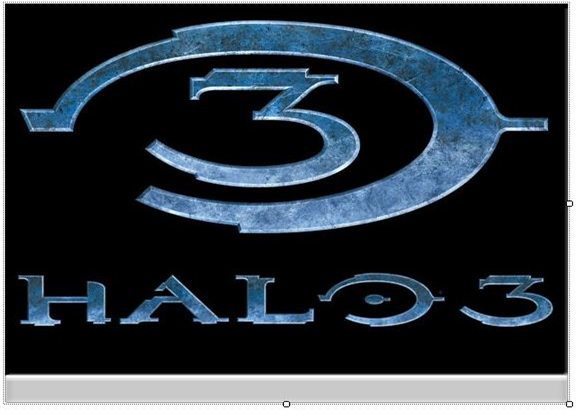 Now, we need to give access to someone outside of this class to update the progress (the progressBar is a private member and can't be accessed.) Here's the problem; if we simply wrap the progress bar's Value property in our own getter/setter like this:

While you can do that, remember, this splash screen will be shown in a separate thread. If you then try to access this property from your main thread, you'll get an InvalidOperationException that "Cross-thread operation not valid:

Control 'progressBar1' accessed from a thread other than the thread it was created on." So, in order to be able to set any of the UI elements from another thread, we need to call the form's Invoke method which takes a delegate.

Here's the complete code for the SplashScreen class:

As you can see, we created a delegate that we'll use to invoke the update to the progress bar. Let's create a class that simulates a time consuming operation. Basically, it just calculates Math.Pow for numbers 1 - 100 raised to the 1 - 500,000th power. Every time we move on to another outer number (the 1 - 100) we raise an event that reports progress. Once it's done, we raise an event that we're done. Here's the complete class:

In the constructor we just hook into the Load event and new up the SplashScreen. Then, in the Load event handler, we first hide the current form, because we don't want that to be seen just yet. We then create a Thread and pass in a delegate to our ShowSplashScreen method. The show splash screen method is what's actually going to be run on a seperate thread. First, it displays the SplashScreen. Then, it just sits there in a constant loop waiting for the "done" bool to be set to true. The key ingredient here is the call to Application.Doevents().

When you run a Windows Form, it creates the new form, which then waits for events to handle. Each time the form handles an event, it processes all the code associated with that event. All other events wait in the queue. While your code handles the event, your application does not respond. For example, the window does not repaint if another window is dragged on top.

Basically, it allows other events to be taken care of, even though the current procedure is blocking execution. This allows our progress bar to be updated.

Back in the form load, we then new up our HardWorker and hook into it's events. Basically, every time the HardWorker reports progress, we update our progress bar. Then when it's done, we set our done flag to true, and show the main form. Finally, we actually kick it off with a call to DoHardWork();

Try it out and run it. It's actually kind neat to see it in action. This is obviously a very rough example, but it should give you a basic idea on how to get this done. Hope you enjoyed reading the tutorial.


Software Developer from India. I hold Master in Computer Applications Degree and is well versed with programming languages such as Java, .Net, C and C++ and possess good working knowledge on Mobile Platforms as well.

Shahin
Hi thanks for the nice code, i have a question please, how to use this code with another method instead of Math.Pow , such as database method, or any other operation which hase no index J thanks
[+1 year ago]    Answer it

Harry
In Windows XP sp3 it shows the form back color and complete form. I want only the splash design, but it shows all form.
[+1 year ago]    Answer it

Kaushik Pal
Hi, Please update the service pack and check once again.You can also use some other windows version to check the output. Thanks.
1/31/2014 1:4pm   Answer it
Services
Add a comment
Add to favorites
Mark as viewed
Add a note
+.Net