Developing a Game in JavaScript, HTML5 and Canvas

In this article we will learn how to make our first game with HTML5 and JavaScript. This will include movement of ball and paddles. This game comprises of a user and a bot.

We can easily make browser games with JavaScript and they are pretty much interesting games. Let’s start creating our first game in JavaScript. We will create HTML file and embed JavaScript within this file.

We are creating a HTML Canvas which can be used to build a JavaScript game. We have set the width and height of the Canvas to be 800*600 which can easily fit every device. In the above code snippet we are creating and initialising many different variables which are required for the proper functioning of the game.

and denotes the initial coordinates of the ball and then we have set the speed of the moving ball in X and Y direction respectively. The initial score for both player and computer bot is zero and the winning score is a constant which is set to 3. You can set whatever winning score you want. We have created two constant variables which denotes the height and thickness of the paddle. These are created as constants because there is no need of changing the values as the game progresses.

Now we will create different functions in JavaScript that will handle different events of the game. Let's start by creating our first event handling function.

We have also created another function "handleMouseClick" which make sures which screen to display. Our game has 2 screens i.e one for playing the game and another for displaying the winner of the game with total points. So if the variable "showingWinScreen" is set to true then it will display the winning player and the score will be reset to zero. If it is false then it will continue displaying our game screen and score will be added each time the ball is not hitting the paddle.

Listing 3. Getting the Canvas

window.onload denotes that whenever the browser window loads for the first time, call a particular function. This time we have created an anonymous function, they are those functions which do not have names. We are using document.getElementById to get the Canvas which we have created using HTML and then we are defining the context of the Canvas. We can have both '2d' and '3d' Canvas but this time we only want '2d' Canvas for the paddle ball game. We are then defining the interval in milliseconds after which the game window will automatically update so that it can ensure good functioning of the game. We are calling two different functions i.e "moveEverything" and "drawEverything" which we will create in later part of this article. the setInterval function will automatically call itself after a particular amount of time and the time is specified in the function.

We are handling two different mouse events i.e clicking of the mouse and the moving of the mouse pointer on the game screen. Inside this we are calling the function to get the coordinates that we have already created and then storing the coordinates of the user paddle in the variable so that the paddle can move according to the mouse movement. We have subtracted the half of paddle height so that we are always matching the center of the paddle.

The first function here is ballReset which will reset the ball and place it at the center of the game window if any player wins. If the score of the player or the score of the computer bot is greater than the winning score then the variable showWinScreen will be set to true and it will display a different screen showing the winning player. After that we are setting the coordinates of the ball so that the ball it at the center of the game window whenever we are displaying the winning screen and also the score on both sides should be equal to zero.

Now let's create a function "moveEverything" which will handle the movement of the ball and the speed of the ball inside the game window.

We have created a function which draws a net at the center of the game area. It is a simple straight line inside the Canvas which will act as the net of the game. This net has no particular role in the game but it will separate the user's side and the computer bot's side.

Now let's create a function drawEverything that will draw the Canvas, paddles and the ball on the game area. It will also control the two different screens and display scores and messages whenever a player wins.

If the showWinScreen is set to true then it will check the score of both the players and whosoever has got the score more than the Winning Score, it will display the appropriate message. After the winning message has been displayed, we will also show whether the player wants to start a new game or not.

After this we are creating two different paddles by calling the colorRect function which we will create in the next section. This function will create both the paddles i.e for user and the bot and then we are creating a ball to play by calling a function colorCircle which we will also create in the next section. These above lines of code will create paddles, net and ball for the game. Let's now create two more functions i.e "colorCircle" and "colorRect".

Listing 7. Ball and the Paddle

In the above lines of code we are creating two different functions to draw paddles and ball on the screen. We are first selecting the color we want to fill and after that we are giving the coordinates on the Canvas where we have to draw the rectangle ( paddle ). Canvas already has a built-in function "fillRect" to draw a rectangle and with the help of this function we have created two paddle on the game screen. We have used a little bit of mathematics to draw a circle on the Canvas as there is no built-in method to draw a circle in HTML Canvas. After this we are closing the <script> and the <html> tag. Now our game is complete.

Here is a screenshot of the game: 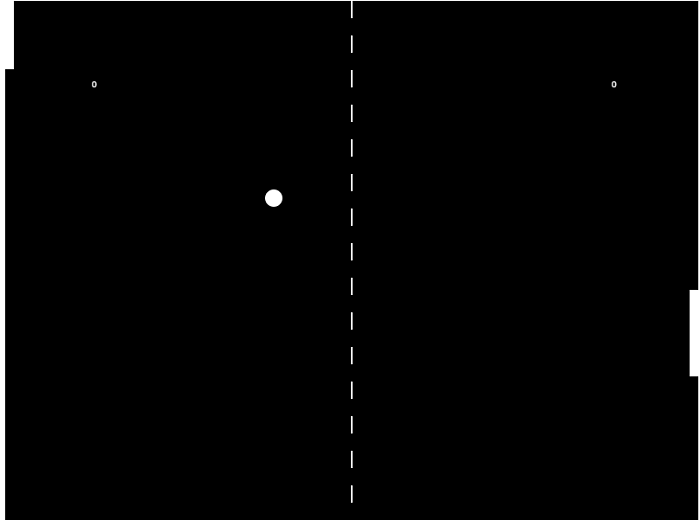 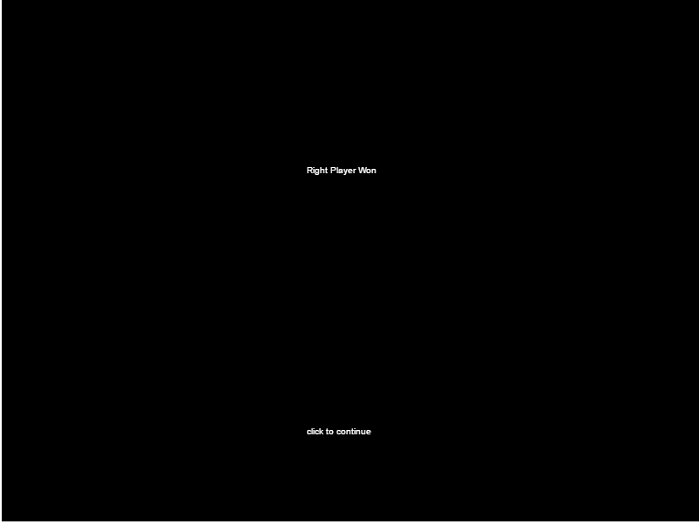 In this article we have seen how to create a game with JavaScript using HTML5 Canvas. We have seen how we can use the DOM ( Document Object Model ) to draw rectangles and circles inside Canvas. We have created different events in JavaScript and learned how we can handle those events to make a complete game. Our JavaScript game is fully functional and if you want you can change the winning score to a different value. If you have any queries then feel free to start a discussion at the bottom of this page.