See in this article a demonstration of techniques, theory and practice of creating layouts in Android OS.

Most programmers have a certain difficulty in creating legal, beautiful layout, color matching, as in fact is not an easy task and requires a lot of effort and creativity.

A fact that very difficult to create layout is the lack of materials available to designers on the web and on Google's official documentation. Therefore, this article is intended to assist developers with little experience in layouts to create systems with modern and nice interfaces in the eyes of users.

The android has support for multiple screens, depending on the layout that you will develop you will have to create individual layout for each screen, so it can fit as the device screen size. Figure 1 demonstrates how is the division of the layout for screen size.

If you have to draw a layout for each screen type, you must create a layout folder for each type of screen that is used, an example would be "layout-small" for mobile phones with smaller screen: 426dp x 320dp. This allows the system to avoid having to worry about changes in the size of the screens. Below follows the dimensions on each screen:

If you want to go deeper on the subject of multiple screens, see the Google Android API Guide at http://developer.android.com/guide/practices/screens_support.html.

Types of Dimensions in Android

Android dimensions are measured by:

The choice of colors is very important. In Figure 2, we have a basic color table.

Size of objects on the screen

The size of objects on the screen is very important because mobile devices do not use features such as mouse and keyboard but the fingertips. It is important that the icons are in accordance with the size of a fingertip, which is approximately 9mm - which corresponds to about 48dp. Use this size as a basis for your layout to function properly and icons and buttons are touched with precision. So that objects do not get stuck in the corner is good to give a margin of 8DP.

Organize files with the prefix makes it much easier to find something you want and it's a way to standardize their designs. Note Table 1.

We already know a little theory and all that, now we will go to practice.

Screen in Horizontal and Vertical

Degrade resources in Android are very interesting and useful for creating more robust layouts. Always create the XML file layout within the Drawable folders. Below see some types of gradients and their code for creating. 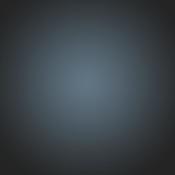 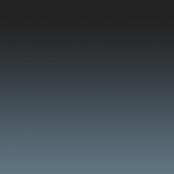 This is just a simple piece of information regarding how to make nice designs in your android applications. You can refer to Google's official documentation to see more info and practice a bit more into this new world.